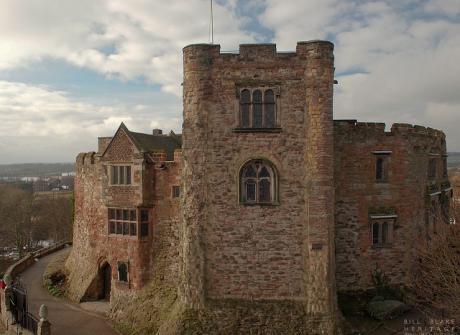 King Aethelbald extended his powerful hold
Over neighboring kings, demanding more gold;
For those who refused or lacked the resource
He would send in his soldiers and take it by force.

The Mercians up north would not bear such a sting,
So they sent out an elder to speak to the king;
When the king took his head, insulting their pride,
It was time to let metal on metal decide.

Elwin awoke with no thought in his head
Of the miraculous luck that was coming ahead;
Two Mercian tribes would do battle supreme,
With but one to remain as the ruling regime.

Elwin wasn’t the strongest of his Marmion clan;
He stood half a head shorter than an average man;
Yet his heart was big and his will iron strong;
When the call came for battle, they took him along.

Battle cries screamed from the lips of the men;
They raced from the woods and into the glen;
All painted for honor and ready to die,
Some would walk from the field where others would lie.

Heavy axes and swords met in thunderous clash
‘Til blood poured from wounds in a life-draining splash;
Many brave-hearted men died with brutal dispatch,
And it seemed to Elwin they had met their match.

When chaos subsided and fighting wound down,
And those still left standing just staggered around,
Elwin found himself clear on the glen’s other side,
Tamworth Castle ahead with King Aethelbald inside.

He raced over ramparts barely feeling the ground,
Ducking enemy arrows that sizzled around,
Up the hill to the castle he gave it his all;
In what seemed only seconds he reached the stone wall.

One last desperate chance to get to their king,
Only a great warrior could do such a thing;
He looked over his shoulder for one of his own,
But no one had made it — he stood there alone.

He turned back to the wall and started to climb,
Hoping the guards wouldn’t spot him in time;
When he got to the top, he raced on the edge
And flew to the keep on a small window ledge.

He rolled through the window and landed on stone
Where he spotted the king sitting up on his throne;
A half dozen guardsmen stood stiffly to post,
Yet no one took notice; he felt like a ghost.

Elwin reached for his blade and sneered at their king,
Rocked back for leverage, made ready to spring,
Leaped through the air with the blade straight ahead,
Drove it deep in his chest, and the king fell down dead.

Like a wind down a mountain the news quickly spread,
That the tyrant king Aethelbald was finally dead;
Soon the men on his side lost their will for the fight,
And Elwin’s tribe overtook the castle that night.

Men spoke in hush tones of what happened that day,
For fear they’d undo the magic in play;
‘Twas written the king died by his bodyguard’s hand,
But a much different story was heard through the land.

Though the guards were killed for their treacherous deed,
It wasn’t their act, they swore by their creed;
They claimed that a shadow had passed o’er the king,
A shadow named Death, for death did it bring.

When the Mercian survivors collected their dead,
Elwin lay in the glen with an axe in his head;
He had fallen when the fighting had barely begun,
Yet continued the quest ’til the castle was won.

Though a tacit taboo claimed his given name,
The Marmion clan would gain warrior fame;
And Elwin proved strength is not body at all,
But a force irresistible called élan vital.